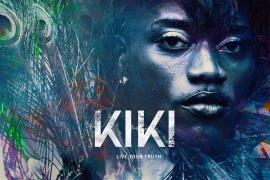 Day of Visibility with a screening of the documentary Kiki followed by a panel featuring Portland Ballroom PDXB performers and organizers.

Directed by Sara Jordenö and co-written by Twiggy Pucci Garçon, a leader in New York’s kiki community, 2016’s KIKI is a dynamic coming of age story about resilience and the transformative art form of vogueing. KIKI follows seven New York City LGBTQ youth of color who face real struggles creating a safe and vibrant space for themselves to vogue.