I saw this piece on BookRiot about “Literary Crochet” recently. Amigurumi, the Japanese art of knitting or crocheting stuffed dolls and animals, has been around a while, and of course crocheting blankets and scarves has been around much longer. I’m also pretty sure it’s a law that if you have two or more hobbies or interests, you *must* combine them at some point. Therefore, it was inevitable that we would see our favorite scenes and characters show up in crochet eventually.

On a recent trip to etsy.com, for Paddington Bear alone, you can find a 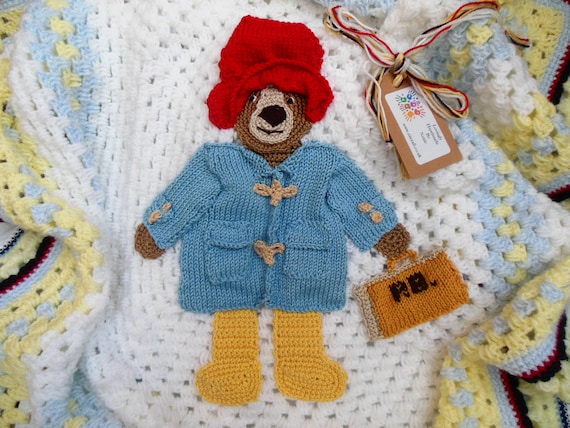 finished crochet bear, a pattern for a bear and his clothes, and a finished blanket with 3D effect. Paddington not your thing? What about a pattern for Star-Bellied Sneetches, from Dr. Seuss?

Have a younger child, or fond memories of board books?

Make your own Very Hungry Caterpillar, to play with or wear!

Fond of Young Adult works? How about Rob Anybody

Ah, you adult-fiction readers!  For you, we have all sorts of grown-up crochet! From Gandalf (and Gandalf) and Gollum to Game of Thrones. (Along with Goodnight, Moon of course!)

Check out these pictures and patterns

Literary Yarns: Crochet Patterns Inspired By Classic Books, by Cindy Wang — and if you want to see more of Cindy’s work, check out her blog!

I’d love to see what you decide to make!

I saw the email and tucked it away for later, as this week has been busy for me. I’m now regretting having put off reading it.

Powell’s usually hits the mark for April Fool’s jokes. This year is no exception. I hope this page stays up a while. Check out Cantaloupe by Powell’s Books. 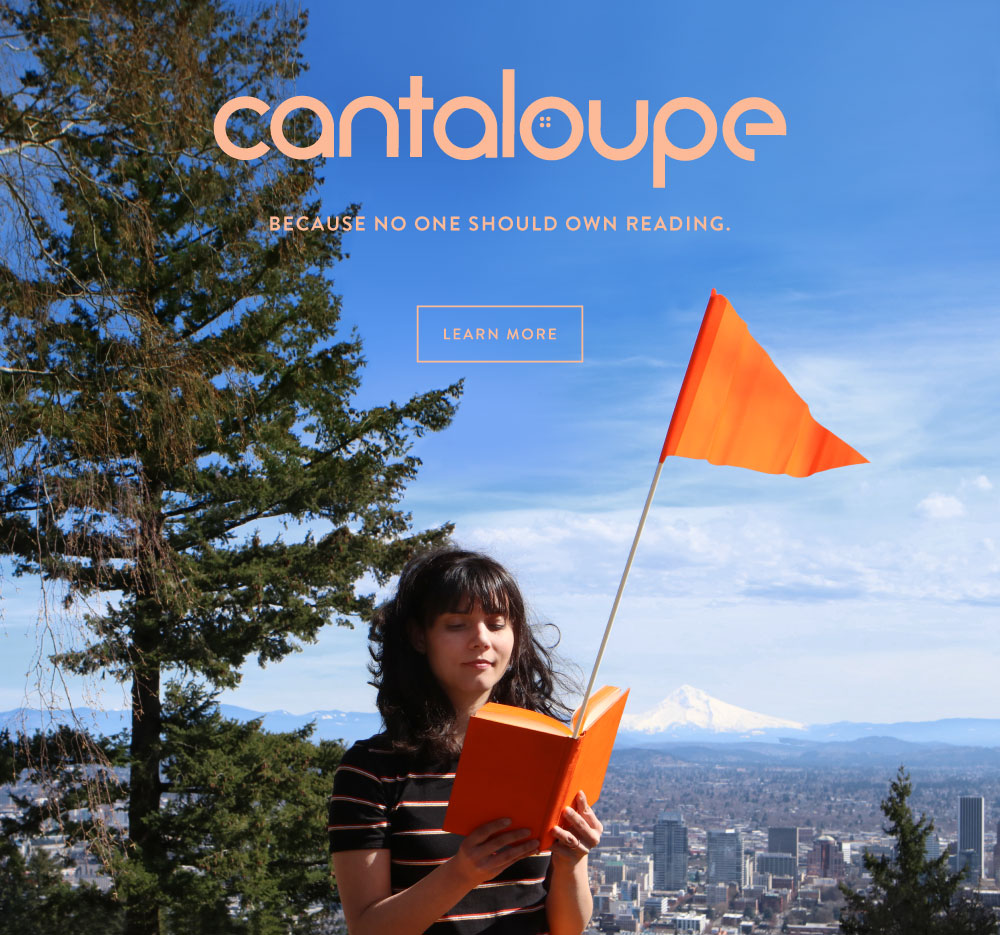 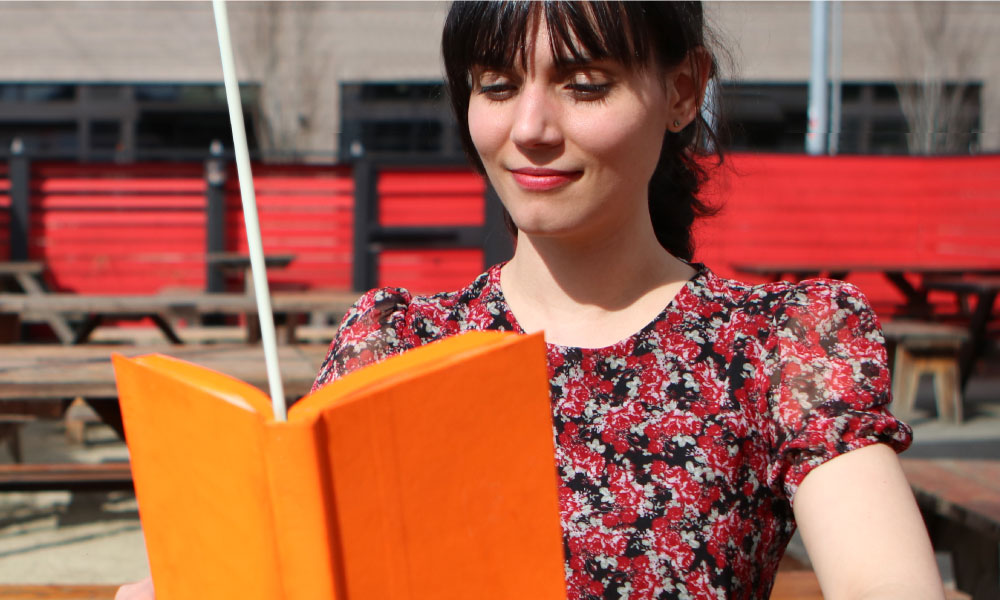 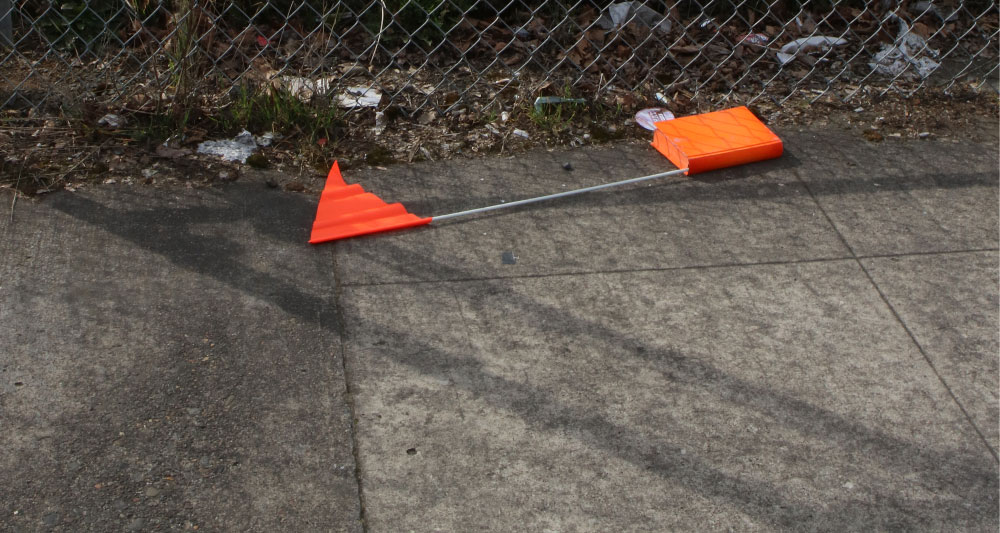 This week the Division92 Little Free Library is featuring the songbooks of Sandra Boynton. You probably know her best from her massively popular card: 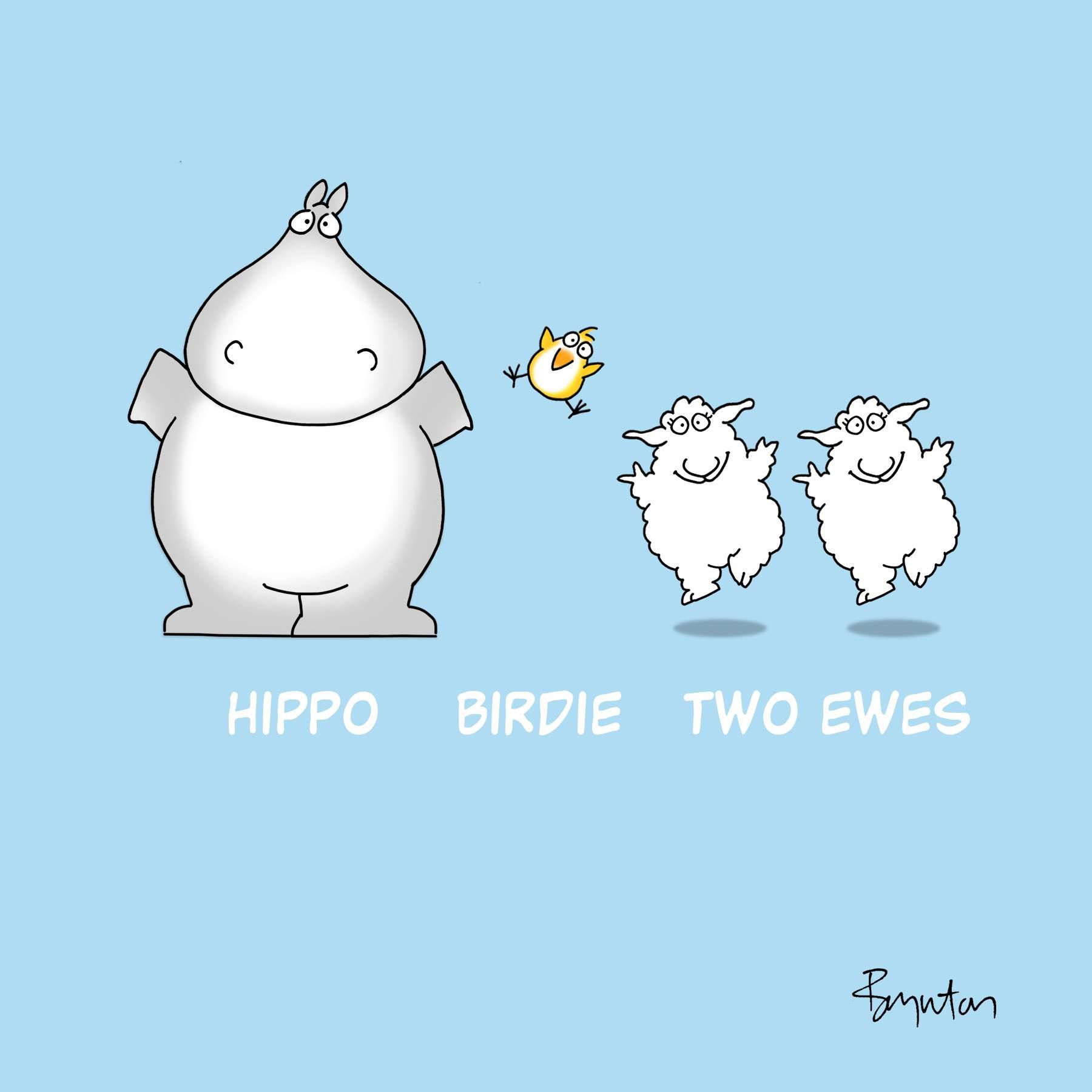 Did you know she also writes (and co-writes) children’s songs?  And convinces hugely popular celebrities to sing them? We’re putting out her first three songbooks. Unfortunately, the CDs are missing from each of the books. HOWEVER!  You can find the songs on YouTube! For instance:

Where else can you hear Kate Winslet & Weird Al Yankovic singing a duet? When was the last time you heard Scott Bakula sing?  What other album contains performances by both Hootie & the Blowfish AND Steve Lawrence & Eydie Gorme? 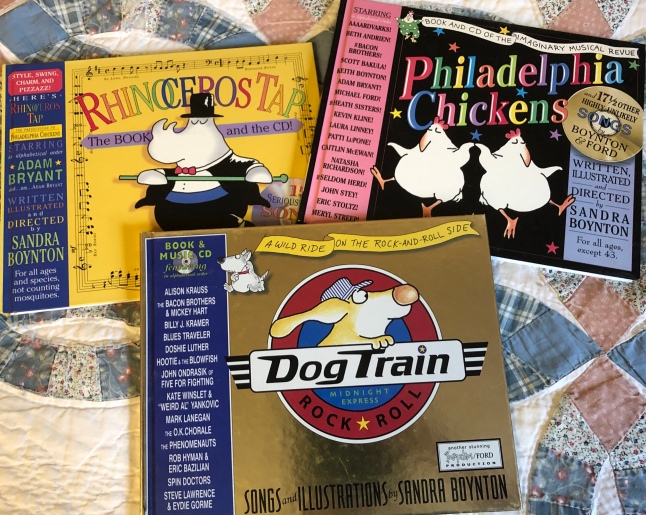 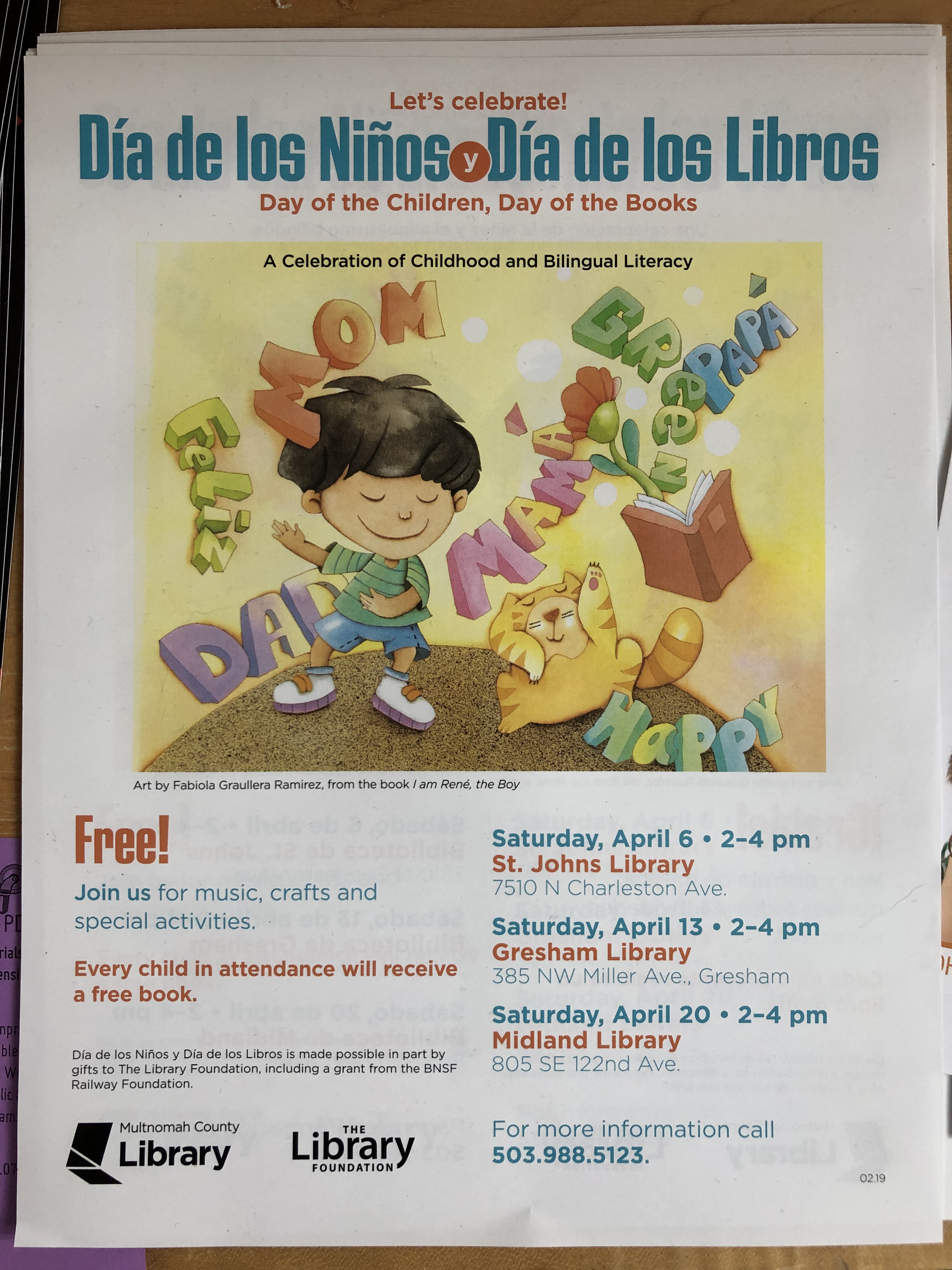 Come listen to the piano played by local pianists of all ages on some of the region’s best pianos for 2019’s Piano Day! The choice of music is up to the performer and there are no restrictions on what will be played.

Spotted at JOANN’S Fabric and Craft Store recently. It’s too bad they weren’t made to last outside. 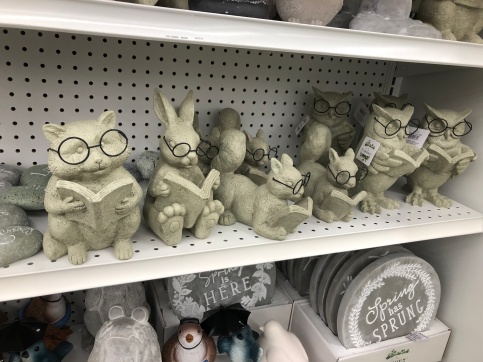 The library is proud to present an hour of kid-friendly drag! Join us for this special storytime featuring the fabulous Poison Waters reading stories about inclusion and diversity, followed by a craft or dance party.

For kids 2-6 years old with a favorite adult. 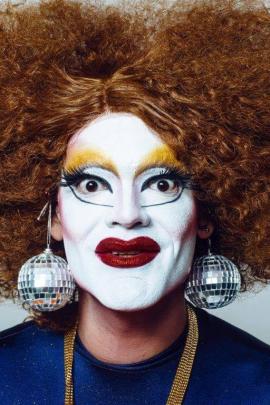 The library is proud to present an hour of kid-friendly drag! Join us for storytime featuring our fabulous queen, Carla Rossi, reading stories about inclusion and diversity, followed by a dance party.

For kids 2-6 years old with a favorite adult.

Check out this calendar of activity ideas for kids, centered around reading from Reading is Fundamental – February 2019. And click here for the same calendar in Spanish! 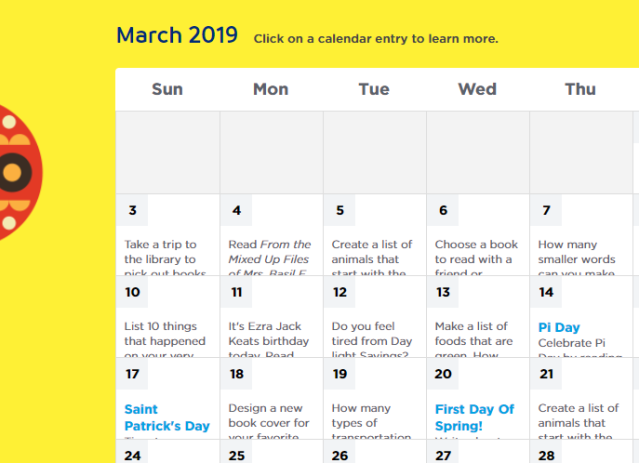