Let’s read a short story then watch a movie based on it instead!

Read the story ahead of time. Then come over and hang out with us. I’ll have something dinner-like available. Feel free to bring food/drink to share as well, if you like.

The emphasis was on the social aspect – the short story and movie give us a reason to get together and stuff to talk about.

This month’s story & movie was Breakfast at Tiffany’s.

While I’d seen parts of the movie, I’d never read the story. In fact, I’ve never read any Truman Capote before this. I got the four-story collection from the library and read it all. While the writing it good, I can’t say I’m dying to read more of it. Maybe it’s a matter of cultural shifts and no-longer-relevant references. It was hard to get past the overt racism of several characters. I may try to read “In Cold Blood” just because. 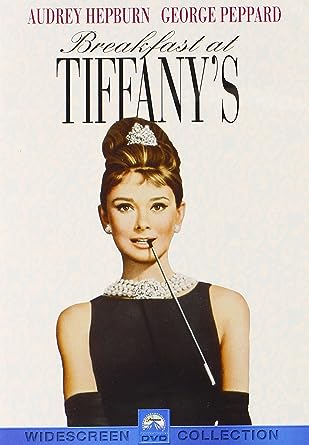 No one else in the group had watched the movie before, so we’re all watching it several decades after it was made. Again, lots of no-longer-relevant cultural references, lots of cultural shifts.

We were all properly horrified by Mickey Rooney’s character, found everyone else in the movie pretty much unsympathetic, pondered whether Marilyn Monroe (Truman Capote’s choice for the lead) would have been a better choice than Audrey Hepburn, wondered why Hannibal Smith was in this movie without the rest of the A-Team, were glad to have seen it for the overall cultural reference, loved pretty much all of Audrey Hepburn’s clothing, and we thought Cat was easily the best actor.  We had a great time talking about the differences between the story and the movie, and which movies and stories these reminded us of.  Also: what genre is this movie?  Definitely not a romance. Redemption? Drama? Screwball drama?

Dinner was chicken enchiladas (per “chicken and sauce” in the movie) and margaritas (just because).

And of course, I’ve had this song stuck in my head for two weeks straight.

The next Short Story and Movie night is already scheduled!